CONFESSION AND FORGIVENESS
Blessed be the holy Trinity, + one God,
who forgives all our sin,
whose mercy endures forever.
Amen.

Seeking reconciliation with God and neighbor,
let us remember the gift of baptism and confess our sin.

Silence is kept for reflection.

God of mercy,
we confess that we have sinned against you,
against one another,
and against the earth entrusted to our care.
We are worried and distracted by many things,
and we fail to love you above all else.
We store up treasures for ourselves
and turn away from our neighbors in need.
Forgive us, that we may live in the freedom of your Son,
Jesus Christ our Lord. Amen.

When we were laid low by sin and guilt,
God made us alive together with Christ,
forgiving us + all our trespasses
by taking our sins to the cross.
For freedom Christ has set us free:
Rejoice in this good news!
Amen.


2 Christ is alive! No longer bound
to distant years in Palestine,
but saving, healing, here and now,
and touching ev'ry place and time.

5 Christ is alive, and comes to bring
good news to this and ev'ry age,
till earth and sky and ocean ring
with joy, with justice, love, and praise.

GREETING
P:  The grace of our Lord, Jesus Christ, the love of God, and communion of the Holy Spirit be with you all.
C:  And also with you.

PRAYER OF THE DAY
O God, your Son makes himself known to all his disciples in the breaking of bread. Open the eyes of our faith, that we may see him in his redeeming work, who lives and reigns with you and the Holy Spirit, one God, now and forever.

FIRST READING: Acts 2:14a, 36-41
14aPeter, standing with the eleven, raised his voice and addressed [the crowd]: 36"Let the entire house of Israel know with certainty that God has made him both Lord and Messiah, this Jesus whom you crucified." 37Now when they heard this, they were cut to the heart and said to Peter and to the other apostles, "Brothers, what should we do?" 38Peter said to them, "Repent, and be baptized every one of you in the name of Jesus Christ so that your sins may be forgiven; and you will receive the gift of the Holy Spirit. 39For the promise is for you, for your children, and for all who are far away, everyone whom the Lord our God calls to him." 40And he testified with many other arguments and exhorted them, saying, "Save yourselves from this corrupt generation." 41So those who welcomed his message were baptized, and that day about three thousand persons were added.

SECOND READING: 1 Peter 1:17-23
17If you invoke as Father the one who judges all people impartially according to their deeds, live in reverent fear during the time of your exile. 18You know that you were ransomed from the futile ways inherited from your ancestors, not with perishable things like silver or gold, 19but with the precious blood of Christ, like that of a lamb without defect or blemish. 20He was destined before the foundation of the world, but was revealed at the end of the ages for your sake. 21Through him you have come to trust in God, who raised him from the dead and gave him glory, so that your faith and hope are set on God. 22Now that you have purified your souls by your obedience to the truth so that you have genuine mutual love, love one another deeply from the heart. 23You have been born anew, not of perishable but of imperishable seed, through the living and enduring word of God.

GOSPEL: Luke 24:13-35
13Now on that same day [when Jesus had appeared to Mary Magdalene,] two [disciples] were going to a village called Emmaus, about seven miles from Jerusalem, 14and talking with each other about all these things that had happened. 15While they were talking and discussing, Jesus himself came near and went with them, 16but their eyes were kept from recognizing him. 17And he said to them, "What are you discussing with each other while you walk along?" They stood still, looking sad. 18Then one of them, whose name was Cleopas, answered him, "Are you the only stranger in Jerusalem who does not know the things that have taken place there in these days?" 19He asked them, "What things?" They replied, "The things about Jesus of Nazareth, who was a prophet mighty in deed and word before God and all the people, 20and how our chief priests and leaders handed him over to be condemned to death and crucified him. 21But we had hoped that he was the one to redeem Israel. Yes, and besides all this, it is now the third day since these things took place. 22Moreover, some women of our group astounded us. They were at the tomb early this morning, 23and when they did not find his body there, they came back and told us that they had indeed seen a vision of angels who said that he was alive. 24Some of those who were with us went to the tomb and found it just as the women had said; but they did not see him." 25Then he said to them, "Oh, how foolish you are, and how slow of heart to believe all that the prophets have declared! 26Was it not necessary that the Messiah should suffer these things and then enter into his glory?" 27Then beginning with Moses and all the prophets, he interpreted to them the things about himself in all the scriptures. 28As they came near the village to which they were going, he walked ahead as if he were going on. 29But they urged him strongly, saying, "Stay with us, because it is almost evening and the day is now nearly over." So he went in to stay with them. 30When he was at the table with them, he took bread, blessed and broke it, and gave it to them. 31Then their eyes were opened, and they recognized him; and he vanished from their sight. 32They said to each other, "Were not our hearts burning within us while he was talking to us on the road, while he was opening the scriptures to us?" 33That same hour they got up and returned to Jerusalem; and they found the eleven and their companions gathered together. 34They were saying, "The Lord has risen indeed, and he has appeared to Simon!" 35Then they told what had happened on the road, and how he had been made known to them in the breaking of the bread.

1 This joyful Eastertide,
away with sin and sorrow!
My love, the crucified,
has sprung to life this morrow.
Refrain:
Had Christ, who once was slain,
not burst his three-day prison,
our faith had been in vain.
But now has Christ arisen,
arisen, arisen, arisen.
2 My flesh in hope shall rest
and for a season slumber
till trump from east to west
shall wake the dead in number. [Refrain]
3 Death’s flood has lost its chill
since Jesus crossed the river.
Lover of souls, from ill
my passing soul deliver. [Refrain]

APOSTLES CREED
C    I believe in God, the Father almighty,
creator of heaven and earth.
I believe in Jesus Christ, God's only Son, our Lord,
who was conceived by the Holy Spirit,
born of the Virgin Mary,
suffered under Pontius Pilate,
was crucified, died, and was buried;
he descended to the dead.
On the third day he rose again;
he ascended into heaven,
he is seated at the right hand of the Father,
and he will come to judge the living and the dead.
I believe in the Holy Spirit,
the holy catholic Church,
the communion of saints,
the forgiveness of sins,
the resurrection of the body,
and the life everlasting.   Amen
PRAYERS OF THE PEOPLE

COMMUNION PRAYER
Please be sure to have the wafer or bread if you choose laid out in front of you.  As well is you have wine or juice present that it is also in front of you during the communion liturgy.  Once the liturgy is complete I will say, “The Body of Christ given for you.”  We will then eat together.  The same for the drink.

Lord’s Prayer
C  Our Father, who art in heaven,
hallowed be thy name,
thy kingdom come,
thy will be done,
on earth as it is in heaven.
Give us this day our daily bread;
and forgive us our trespasses,
as we forgive those who trespass against us;
and lead us not into temptation,
but deliver us from evil.
For thine is the kingdom, and the power, and the glory,
forever and ever. Amen 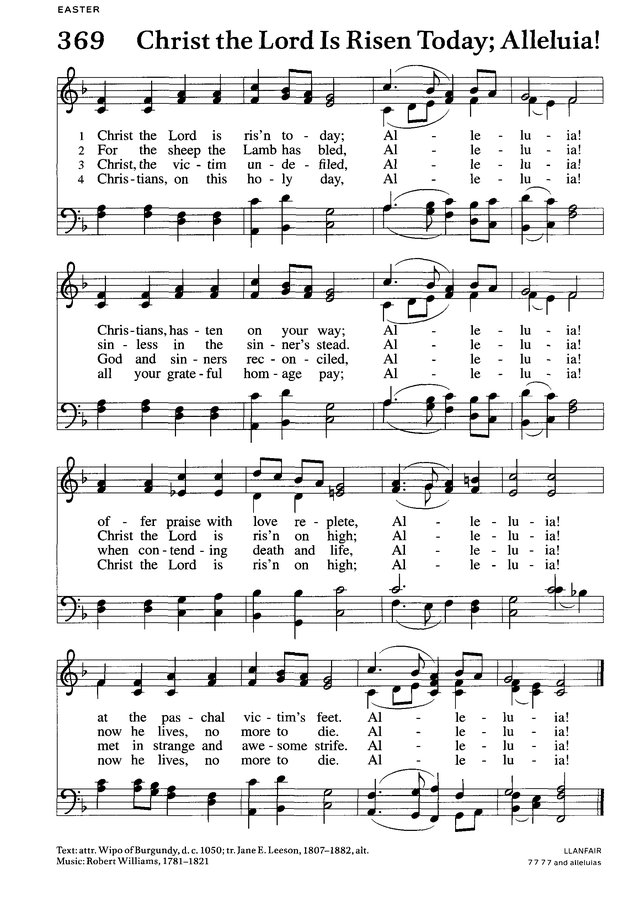 Liturgy and hymns printed and streamed with permission through One License.
A-710659

Posted by Pastor Timothy Muse at 11:18 AM