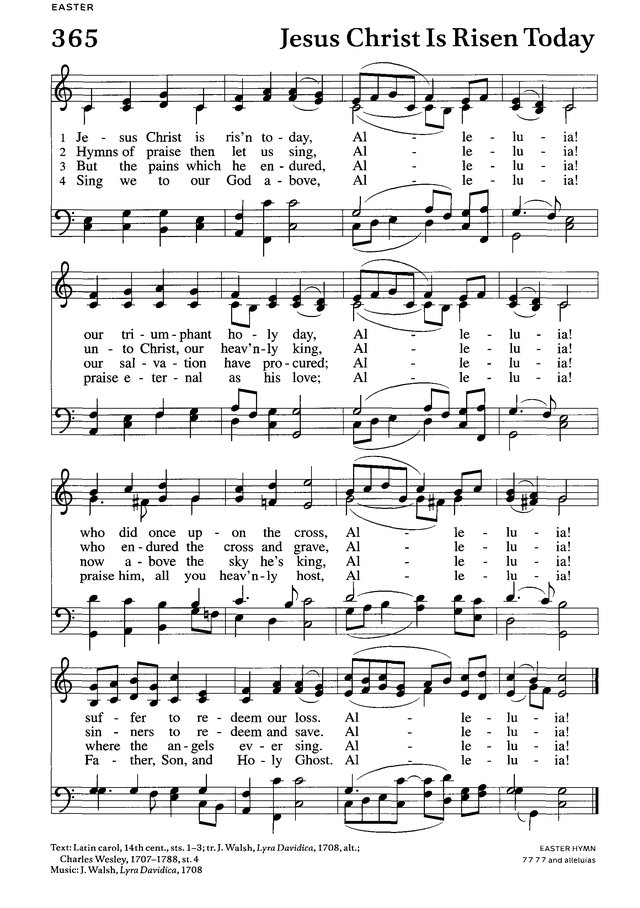 GREETING
P:  The grace of our Lord, Jesus Christ, the love of God, and the communion of the Holy
Spirit be with you all.
C: And also with you.

PRAYER OF THE DAY
God of mercy, we no longer look for Jesus among the dead, for he is alive and has become the Lord of life. Increase in our minds and hearts the risen life we share with Christ, and help us to grow as your people toward the fullness of eternal life with you, through Jesus Christ, our Savior and Lord, who lives and reigns with you and the Holy Spirit, one God, now and forever.

FIRST READING: Acts 10:34-43
34Peter began to speak to [the people]: "I truly understand that God shows no partiality, 35but in every nation anyone who fears him and does what is right is acceptable to him. 36You know the message he sent to the people of Israel, preaching peace by Jesus Christ—he is Lord of all. 37That message spread throughout Judea, beginning in Galilee after the baptism that John announced: 38how God anointed Jesus of Nazareth with the Holy Spirit and with power; how he went about doing good and healing all who were oppressed by the devil, for God was with him. 39We are witnesses to all that he did both in Judea and in Jerusalem. They put him to death by hanging him on a tree; 40but God raised him on the third day and allowed him to appear, 41not to all the people but to us who were chosen by God as witnesses, and who ate and drank with him after he rose from the dead. 42He commanded us to preach to the people and to testify that he is the one ordained by God as judge of the living and the dead. 43All the prophets testify about him that everyone who believes in him receives forgiveness of sins through his name."

GOSPEL: Matthew 28:1-10
1After the sabbath, as the first day of the week was dawning, Mary Magdalene and the other Mary went to see the tomb. 2And suddenly there was a great earthquake; for an angel of the Lord, descending from heaven, came and rolled back the stone and sat on it. 3His appearance was like lightning, and his clothing white as snow. 4For fear of him the guards shook and became like dead men. 5But the angel said to the women, "Do not be afraid; I know that you are looking for Jesus who was crucified. 6He is not here; for he has been raised, as he said. Come, see the place where he lay. 7Then go quickly and tell his disciples, 'He has been raised from the dead, and indeed he is going ahead of you to Galilee; there you will see him.' This is my message for you." 8So they left the tomb quickly with fear and great joy, and ran to tell his disciples. 9Suddenly Jesus met them and said, "Greetings!" And they came to him, took hold of his feet, and worshiped him. 10Then Jesus said to them, "Do not be afraid; go and tell my brothers to go to Galilee; there they will see me."

APOSTLES CREED
C    I believe in God, the Father almighty,
creator of heaven and earth.

I believe in Jesus Christ, God's only Son, our Lord,
who was conceived by the Holy Spirit,
born of the Virgin Mary,
suffered under Pontius Pilate,
was crucified, died, and was buried;
he descended to the dead.
On the third day he rose again;
he ascended into heaven,
he is seated at the right hand of the Father,
and he will come to judge the living and the dead.

I believe in the Holy Spirit,
the holy catholic Church,
the communion of saints,
the forgiveness of sins,
the resurrection of the body,
and the life everlasting.   Amen

PRAYERS OF THE PEOPLE

Please be sure to have the wafer or bread if you choose laid out in front of you.  As well is you have wine or juice present that it is also in front of you during the communion liturgy.  Once the liturgy is complete I will say, “The Body of Christ given for you.”  We will then eat together.  The same for the drink.

Lord’s Prayer
C  Our Father, who art in heaven,
hallowed be thy name,
thy kingdom come,
thy will be done,
on earth as it is in heaven.
Give us this day our daily bread;
and forgive us our trespasses,
as we forgive those who trespass against us;
and lead us not into temptation,
but deliver us from evil.
For thine is the kingdom, and the power, and the glory,
forever and ever. Amen

Liturgy and hymns printed and streamed with permission through One License.
A-710659

Posted by Pastor Timothy Muse at 11:34 AM